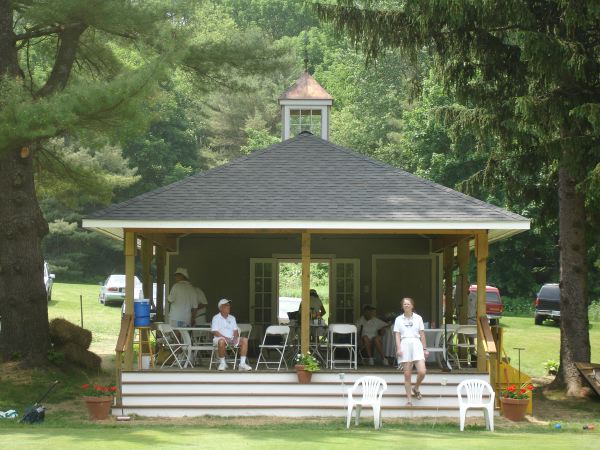 The Lenox Croquet Club got its start in 1989 when Christophe Bergen, then the manager of the Blantyre hotel in Lenox, sought to spark local interest in the game he had played as a child. With the support of Lenox Club president Tasja Sprague, the nascent croquet club utilized existing grass tennis courts and shortly expanded to a newly constructed croquet lawn carved out of the wooded remnants of a 19th-century golf course. The Lenox Croquet Club now maintains two full-size bentgrass croquet lawns for its members and visiting players while enjoying a cordial landlord-tenant relationship with the Lenox Club, a private club open to membership by invitation only.

Today, the lawns of the Lenox Croquet Club have matured into an elegant destination for croquet lovers from far and wide and a key venue for the sport in western New England. The addition of the Sports Pavilion at the Club has created a new level of convenience and comfort courtside, including restrooms and a small kitchen. We hold tournaments every year that attract players from all over the USA and Canada. Our members play a variety of croquet games: American 6-wicket croquet, Association croquet, and golf croquet.

Our location in central Berkshire County places the Club in the heart of one of the country’s most renowed regions for cultural events and attractions, including Tanglewood, the summer home of the Boston Symphony Orchestra; theatre companies including Shakespeare and Co., the Berkshire Theatre Group, and the Williamstown Theatre Festival; the Clark Art Institute and Mass MOCA; Jacob’s Pillow Dance Festival; Edith Wharton’s home, “The Mount”; and much more.

The Lenox Croquet Club welcomes anyone interested in croquet to become a member. Membership dues and tournament entry fees support the maintenance of the courts and the ongoing development of croquet in the region. 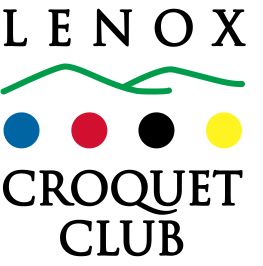